Bern. About 130 family members and friends of the victims of the coach accident in Sierre three years ago gathered on Friday for an official memorial event in Valais. The event, at which a monument was unveiled near the Auguste Piccard amphitheatre in Sierre, was attended by Belgian Prime Minister Charles Michel, Dutch State Secretary for Education, Culture and Science Sander Dekker, President Simonetta Sommaruga and representatives of the Canton of Valais. 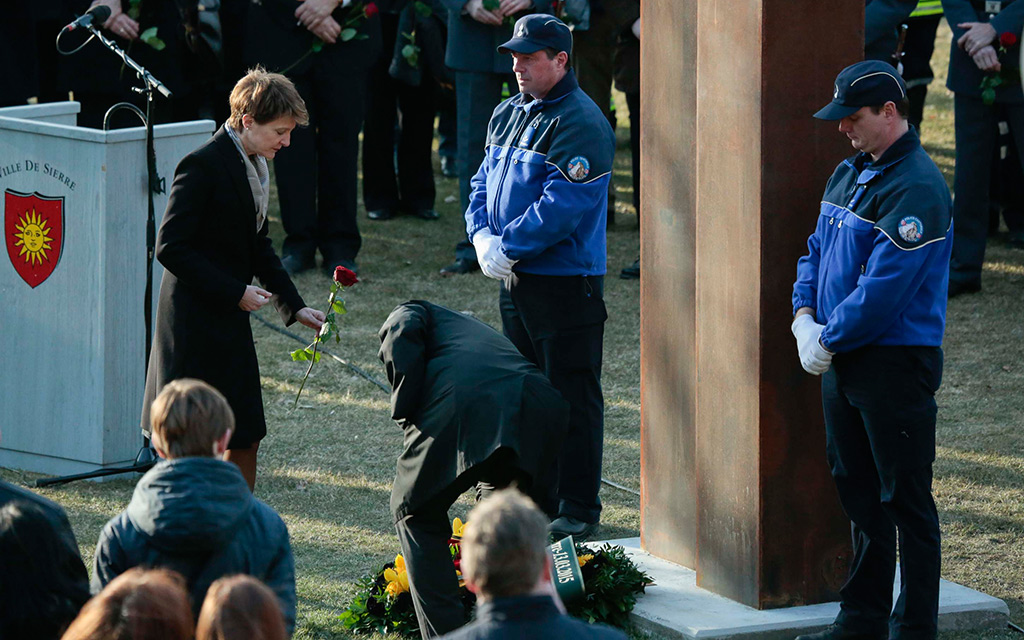 President of the Swiss Confederation Simonetta Sommaruga dedicates memorial to the victims of the coach disaster in Sierre (Photo: State Chancellery Canton of Valais)

"I share your grief and your emotion, just as all the Swiss people shared the pain you suffered three years ago," President Sommaruga told the family and friends of the victims. "The empathy and solidarity of the people of Valais – and of Switzerland – were spontaneous and strongly felt. They are just as intense today."

Ms Sommaruga and Mr Cina then laid a wreath in memory of the tragic event in Sierre at the Auguste Piccard Amphitheatre at the Lac de Géronde, as did Prime Minister Michel for Belgium and State Secretary Sander Dekker for the Netherlands.

Before the official ceremony organised by the Canton of Valais and the City of Sierre, Ms Sommaruga and the Belgian prime minister met briefly to discuss current political issues, in particular Switzerland’s relations with the EU and its member states.